How to learn confidence from Steve Jobs and Michael Jordan 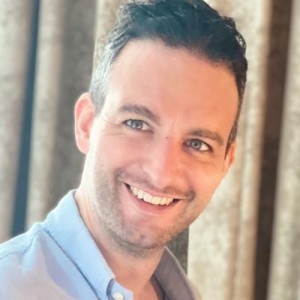 Up to a point, being overconfident is to your advantage. It creates a sort of self-fulfilling prophecy .

It boosts your energy and makes your efforts more effective.

The problem is a creator often carves his path in unknown territory. And in that context, remaining confident becomes a challenge.

And yet, some people master this mental skill. How?

I don’t have a complete answer. But I’m studying the bios of great creators and entrepreneurs for this purpose.

Here I focus on the examples of two super confident people: Steve Jobs and Michael Jordan.

The first is probably the one that gave a foundation to the ethos of modern digital entrepreneurs. And Michael Jordan was not only a great (the greatest?) basketball player, he almost single-handedly made the sneakers a fashion phenomenon.

And they weren’t winners from the start. How do they master their confidence?

This is a quote from Michael Jordan from the ending of The Last Dance, the documentary on Netflix.

He displayed talent from an early age, but nobody considered him unique in the beginning. He was only the third pick in the draft. No one believed he was going to change the Chicago Bulls forever.

So the first foundation of confidence comes from within. People around you have no magic knowledge of the future.

Your past results don’t predict your chances.

Reality does exist. At 36 and with zero training, I have no chance to become a professional basketball player.

But aside from these hard limits, every other boundary is in your mind.

Steve Jobs, at 40, had more failures than successes. Yes, he founded Apple. But from an unconfident perspective, his track record was quite negative.

But he kept confidence in himself. Why? How?

I think there are two aspects to consider: vision and hope.

Steve Jobs forced a positive vision of himself in his own mind. And he did the same for his own teams.

He viewed himself and every person at Apple, Next, or Pixar as innovators and artists. They were going to create the future. They only needed the right effort.

Hope is the second source of confidence. If you see life as a challenge full of pain, you will do everything with a sense of imminent defeat.

In this context, the family has a relevant impact. Steve Jobs and Michael Jordan grew up in very different environments, but both had a positive view of the world. The conviction that with the right decisions, they could achieve their values.

We live in a benign universe. There’s no guarantee of success. But if we use our minds, we have great chances to achieve our values.

The reason is also our best defense against another confidence killer.

Sometimes it happens: you make a mistake.

And if, in consequence of that, other people suffer, you are guilty. In that case, do your best to fix the situation.

But be careful with every sense of guilt. Too often, you don’t deserve it.

The culture today often burdens you with fake priorities. You have to do this and that. Why? Because… Otherwise: feel guilty!

It’s a distraction. But more importantly, it makes you doubt yourself. And that point goodbye confidence.

The best example comes from the decision of Michael Jordan to not endorse the political campaign of Harvey Gantt.

He wanted to be the best basketball player. He didn’t care about being a political activist.

People blamed him for this lack of interest. He didn’t care one bit.

He kept the focus on his dream and priorities.

Think all the time people or even customers accuse you with some weird accusations:

Don’t doubt yourself for random accusations.

On the contrary, be proud to take your life and values seriously. And feel confident that you’re doing your best.

The freedom from unearned guilt and a hopeful worldview are two boosters of your confidence.

But you have to challenge yourself.

It prevents you from becoming a narcissistic sociopath. And it gives your confidence a stronger foundation in reality.

When you challenge yourself, like Steve Jobs or Michael Jordan, demand increasing perfection.

Knowing something is not enough, just a starting point.

This way, your confidence grows. And you can also demand perfection from others that work with you.

Michael Jordan didn’t win the NBA championship from the start. Every year he worked to improve his skills.

Steve Jobs was a great marketer, maybe the greatest. But he didn’t stall on the level of the 1984 presentation of the first Macintosh.

With every new product launch, he tried to perfect more and more details. This continue challenge helped him to make his self-confidence stronger and stronger.

Each of these three aspects requires focus till they become ingrained in your mind.

If you have a low level of confidence, start with hope. Life is not just a sequence of painful experiences.

Through reason, we all have great chances to achieve our values.

And to go deeper into the biographies of Steve Jobs and Michael Jordan, take a look at these: The Last Dance and Becoming Steve Jobs.

Have I done enough?

Better sleep on it 😴

Some creators make it and some don't... Why?

Decisions are the key.

We Who Think is a bimonthly newsletter.
In each issue you’ll find resources to simplify your business decisions.