How many mistakes are you justifying? 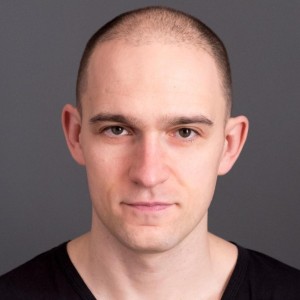 You try something, make mistakes, devise how to avoid them next time, try again.

It all starts from recognizing the mistake, though. Without this, no progress.

Unfortunately, we are wired to hide our own shortcomings. Not only to other people, but even to ourselves.

This post will explain you why we fool ourselves about our mistakes and how to avoid. This way, you’ll be able to improve more quickly.

The lessons are taken from the book “Mistakes were made – But not by me”.

Blame it on cognitive dissonance

Imagine this: after weeks of learning and speculation, you choose the perfect channel to grow your copywriting practice is Twitter. You start posting multiple times every day, retweeting, engaging. It’s a grind, but you already anticipate the avalanche of subscribers to your mailing list.

Unfortunately, after 3 months you have gained only a handful of subscribers. You saw other people in the same niche succeed. What happened?

Maybe you are not that good at writing short tweets. Or your engagements are not sincere and useful.

But you soldier on. It took a lot to study the platform. It took even more to build the tiny audience you have. So you study even more Twitter growth techniques, spend even more time crafting incredible tweets.

We are genetically unable to accept both an idea and its opposite. We have a strong gut reaction against it.

So, confirmation bias kicks in. You start focusing only on the evidence that confirms your initial hypothesis. And ignore the evidence against it.

You see only the successful people on Twitter and highlight the few positive comments you got in a sea of silence. Meanwhile, you overlook the miserable return on your time investment.

This happens because every choice you make is an expression of your identity. Questioning it means criticizing yourself. Or at least this is how you see it.

The willingness to recognize mistakes is inversely proportional to your investment. The more time, money, effort you spend, the harder it is to admit you were wrong.

Memory doesn’t help… at all

History books are made by victors. Your “internal history book” isn’t different. Our brains continuously change memories to make us victors of our own story.

We get what we want by revising what we had

We are able to remember things vividly and precisely. But we distort memories that put our identity in danger.

So, we fabricate the evidence justifying our mistakes. And remove contrarian evidence. It’s the confirmation bias applied to the past.

How do we break the cognitive dissonance cycle?

This mechanisms are preprogrammed in our minds. We can’t dismantle them. So, are we doomed?

No, there are several ways to get better at recognizing mistakes and learn how to avoid them.

Richard Feynman describes it with the fewest words possible:

If it disagrees with experiment, it’s wrong

We should always reason like scientist. In other words, we should not try to find evidence of our correctness. We should challenge our ideas, look for the ways we could be wrong.

We need to run experiments that confirm our theories. If they disagree, we have to change some variable and repeat the experiment.

In the example above, no growth on Twitter after a sustained and systematic effort, means either that your strategy on Twitter is wrong, or that you should change the platform overall.

This is silly, right? Just do it.

It’s not as stupid as it seems. Usually we are able to see our mistakes, we are just sweeping them under the rug.

We are trying to save face. In front ot others and ourselves.

But vulnerability is not weakness. Instead, it’s a superpower (as Carol Dweck teaches).

It’s been repeatedly demonstrated by doctors, for example. Doctors that take responsibility for medical errors are more frequently forgiven by patients and their relatives. They become more relatable.

As creators, we should share our shortcomings with our audience. Even with our clients:

You are able to admit your mistakes only if you notice that you are hiding them. The signs of cognitive dissonance should be themselves the trigger.

You need self-awareness to notice them.

The tools to train it are simple. But they require a daily commitment, probably for life.

Mindfulness meditation and journaling were the most useful for me.

The easiest meditation is this:

The most powerful type of journaling for me has been the morning pages. It means writing 3 pages long hand, every day, with everything that comes to mind.

If you don’t have that much time, try the bullet journal.

When I make the most insignificant mistake I say to myself “Stupid!”.

I am not stupid. I just made something stupid. You can be good but still make bad mistakes.

This distinction is crucial. It’s the difference between a fixed mindset and a growth mindset.

In the former, you think your traits are fixed. No effort can improve them.

In the latter, you know that every experience is an attempt. You can improve through feedback and training.

With a fixed mindset, every wrong idea or action is an aggression to your identity. You must defend yourself.

Start by talking to yourself in another way and decouple errors from stupidity (I’ll do my best, too!)

Have I done enough?

Better sleep on it 😴

How to learn confidence from Steve Jobs and Michael Jordan

Some creators make it and some don't... Why?

Decisions are the key.

We Who Think is a bimonthly newsletter.
In each issue you’ll find resources to simplify your business decisions.